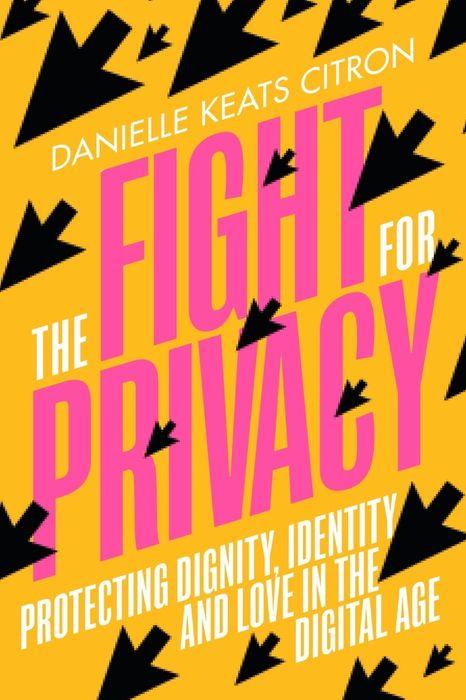 New Book: The Fight for Privacy: Protecting Dignity, Identity, and Love in the Digital Age
(W.W. Norton and Penguin UK, 2022) Order on Amazon

The Roots of Sexual Privacy: Warren and Brandeis & the Privacy of Intimate Life
42 Columbia Journal of Law & Arts 383 (2019)

A Shattered Looking Glass: The Pitfalls and Potential of the Mosaic Theory of Fourth Amendment Privacy
14 North Carolina Journal of Law & Technology 381 (2013) (with David Gray)

Reservoirs of Danger: The Evolution of Public and Private Law at the Dawn of the Information Age
80 Southern California Law Review 241 (2007)

The Latest Tech Hearing Is About Helping Trump on Election Day
Slate (October 28, 2020) (with Spencer Overton)

The Internet’s “Safe Harbor” Is Not Safe for Kids
Common Sense Media (September 6, 2019)

Campaigns Must Prepare for Deepfakes: This Is What Their Plan Should Look Like
Carnegie Endowment for International Piece (September 5, 2019) (with Katherine Charlet)

FOSTA: The New Anti-Sex Trafficking Law May Not End the Internet, But It Isn’t a Good Law Either
Lawfare (March 28, 2018) (with Quinta Jurecic).

The U.S. Has Started Cracking Down on Cyber Harassment
The Atlantic (December 5, 2017)

What We Learn From Government Speech About Hate
Lawfare (August 17, 2017) (with Helen Norton).

The Tyranny of Perfect Surveillance and Other Lessons from The Circle
Museum of the Moving Images Sloan Science and Film Blog (May 5, 2017) (with Ellie Citron)

Like Everyone Else, He Should Be Able to Talk to Whom He Wants
New York Times (November 21, 2016)

We Will Look Back at Cyber Harassment as a Disgrace—If We Act Now
The Guardian (April 15, 2016)

Leave the Cheaters in Peace: If You Poke Around the Ashley Madison Hack, You are Aiding and Abetting the Hackers
New York Daily News (August 24, 2015)(with Maram Salaheldin)

To Defeat Trolls, We Need To Do More than Just Jail Them
New Scientist (October 22, 2014)

Just Because a Hate Crime Occurs on the Internet Does Not Mean It is not a Hate Crime
Time (Oct 7, 2014)

Can and Should Perez Hilton Be Held Liable For Reposting Celebrities’ Private Photos Without Consent
Forbes (September 3, 2014) (with Neil Richards)

Big Data Should Be Regulated By “Technological Due Process”
New York Times, Room for Debate (August 6, 2014)

The Facebook Justice System: The Social Network Needs to Change How It Deals with Online Abuse
Slate (August 6, 2014)