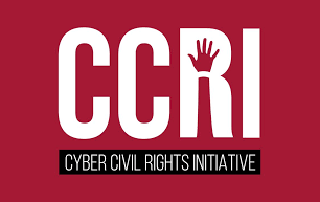 Danielle Citron is the Jefferson Scholars Foundation Schenck Distinguished Professor in Law, Caddell and Chapman Professor of Law at UVA, where she writes and teaches about privacy, free expression, and civil rights. Her scholarship and advocacy have been recognized nationally and internationally. In 2019, Citron was named a MacArthur Fellow based on her cyberstalking and intimate privacy work. In 2018, she received the UMD Champion of Excellence award. In 2015, the United Kingdom’s Prospect Magazine named her one of the Top 50 World Thinkers, and The Daily Record named her one of the Top 50 Most Influential Marylanders. She serves as the inaugural director of the school’s LawTech Center, which focuses on pressing questions in law and technology.

Her latest book, “The Fight for Privacy: Protecting Dignity, Identity, and Love in the Digital Age” (W.W. Norton and Penguin Vintage UK), will be out in October 2022. Her first book “Hate Crimes in Cyberspace” (Harvard University Press, 2014), was widely praised in published reviews, discussed in blog posts, and named one of the 20 Best Moments for Women in 2014 by the editors of Cosmopolitan magazine. She has published more than 50 articles and essays, including in the Yale Law Journal, Michigan Law Review (three times), California Law Review (twice), Boston University Law Review (seven times), Washington University Law Review (three times), Emory Law Journal (twice), Southern California Law Review, Texas Law Review, and many more, which have won professional awards from the International Association of Privacy Professionals and privacy think tank Future of Privacy, and been cited by state and federal courts. She has written over 45 opinion pieces for major media outlets, including the New York Times, the Washington Post, the Atlantic, the Guardian, Time, CNN, and Slate.

Citron has worked with lawmakers, law enforcement, and tech companies for the past decade to combat online abuse and protect intimate privacy. In June 2019, she testified before Congress about the national security and privacy risks of deepfakes and has been working with Hill staff on a bill to criminalize digital impersonation. She has been involved in reform efforts around the regulation of online platforms. In October 2019, she testified before Congress about Section 230 of the Communications Decency Act. From 2014 to 2016, Citron served as an advisor to then-California Attorney General Kamala Harris and as a member of Harris’ Task Force to Combat Cyber Exploitation and Violence Against Women. In 2011, Citron testified about misogynistic cyber hate speech before the Inter-Parliamentary Committee on Anti-Semitism at the House of Commons in the United Kingdom. Since 2011, she has been a member of Facebook’s Non-Consensual Intimate Imagery Task Force and an adviser and a member of Twitter’s Trust and Safety Task Force and as an adviser to the company between 2009 and 2022. She is an adviser to the dating app Bumble and a founding member of Spotify’s Safety Advisory Council.

Citron is the vice president of the Cyber Civil Rights Initiative, a nonprofit devoted to fighting for civil rights and liberties in the digital age founded in 2013 and named after her article “Cyber Civil Rights.” She is the Chair of the board of directors of the Electronic Privacy Information Center. She serves on the board of directors of the Future of Privacy, as well as on the Advisory Board of the Anti-Defamation League’s Center on Technology and Society and the Center on Investigative Journalism. In 2020, she received a $75,000 grant from the Knight Foundation to study the salutary impact of intimate privacy laws on victims, a project she is co-leading with Canadian academic Jon Penney.

Citron is an affiliate scholar at the Stanford Center on Internet and Society, Yale Information Society Project, and NYU’s Policing Project. She is a member of Axon’s advisory board on artificial intelligence ethics. As a member of the American Law Institute, she serves as an adviser to the Restatement Third, Information Privacy Principles Project and Restatement (Third) Torts: Defamation and Privacy.

Citron has appeared on film and television (HBO’s “Vice News,” HBO’s “Last Week Tonight with John Oliver,” Hulu’s “The Weekly,” “Netizens,” and HBO’s “Swiped”), quoted in hundreds of news articles, interviewed on National Public Radio more than 25 times; appeared on podcasts for The New York Times, Slate, Lawfare, The Guardian and The Boston Globe; and given a TED talk, “How Deepfakes Undermine Truth and Democracy,” at the 2019 TED Global Summit. Her TED talk has been viewed more than 3.4 million times. She has given more than 200 talks at major universities, federal and state agencies, the National Holocaust Museum, the Wikimedia Foundation, the National Association of Attorneys General, and think tanks. 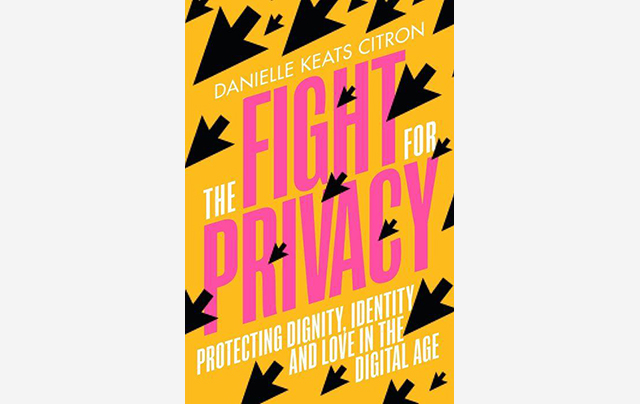 The Fight for Privacy: Protecting Dignity, Identity, and Love in the Digital Age
(W.W. Norton & Penguin UK 2022) Order on Amazon 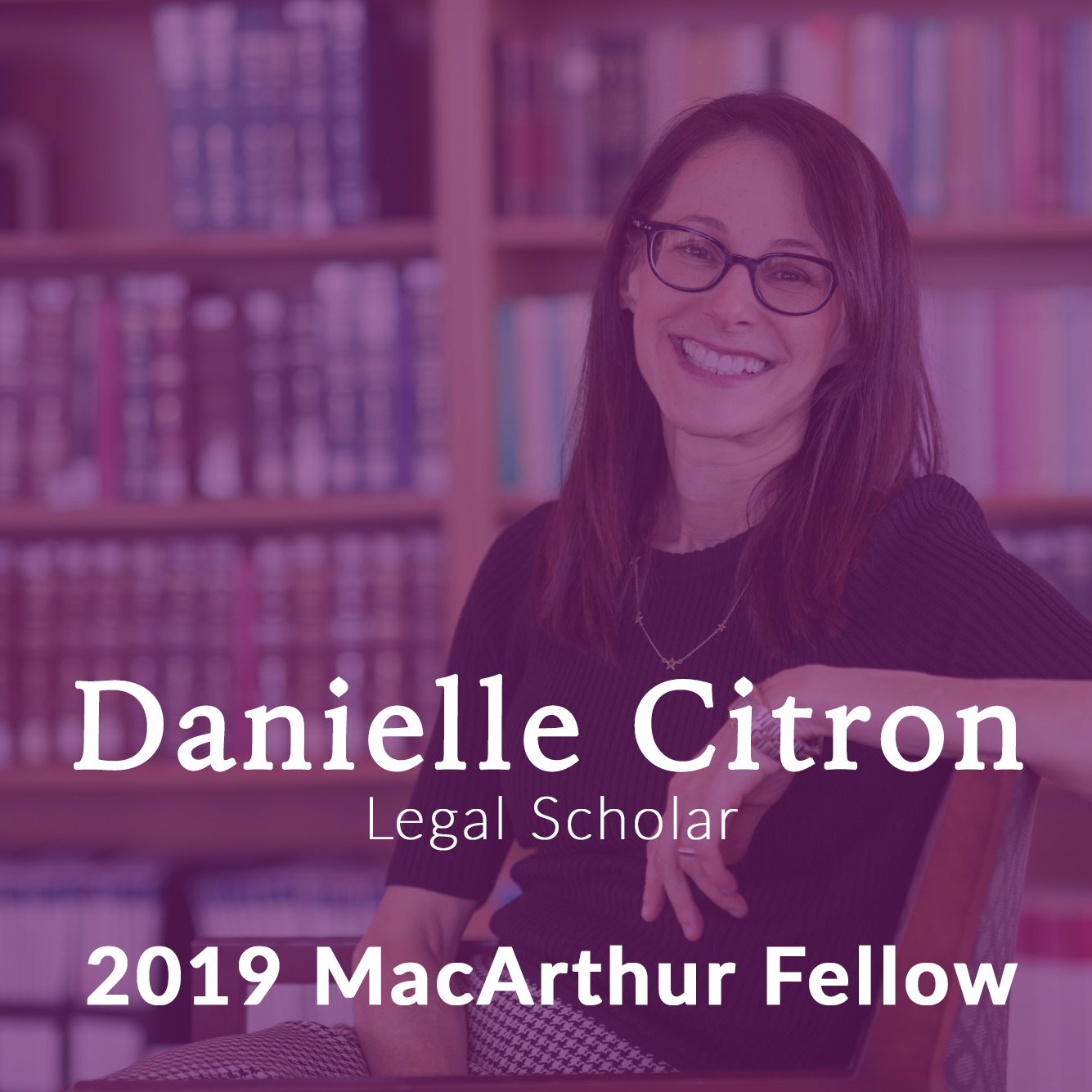 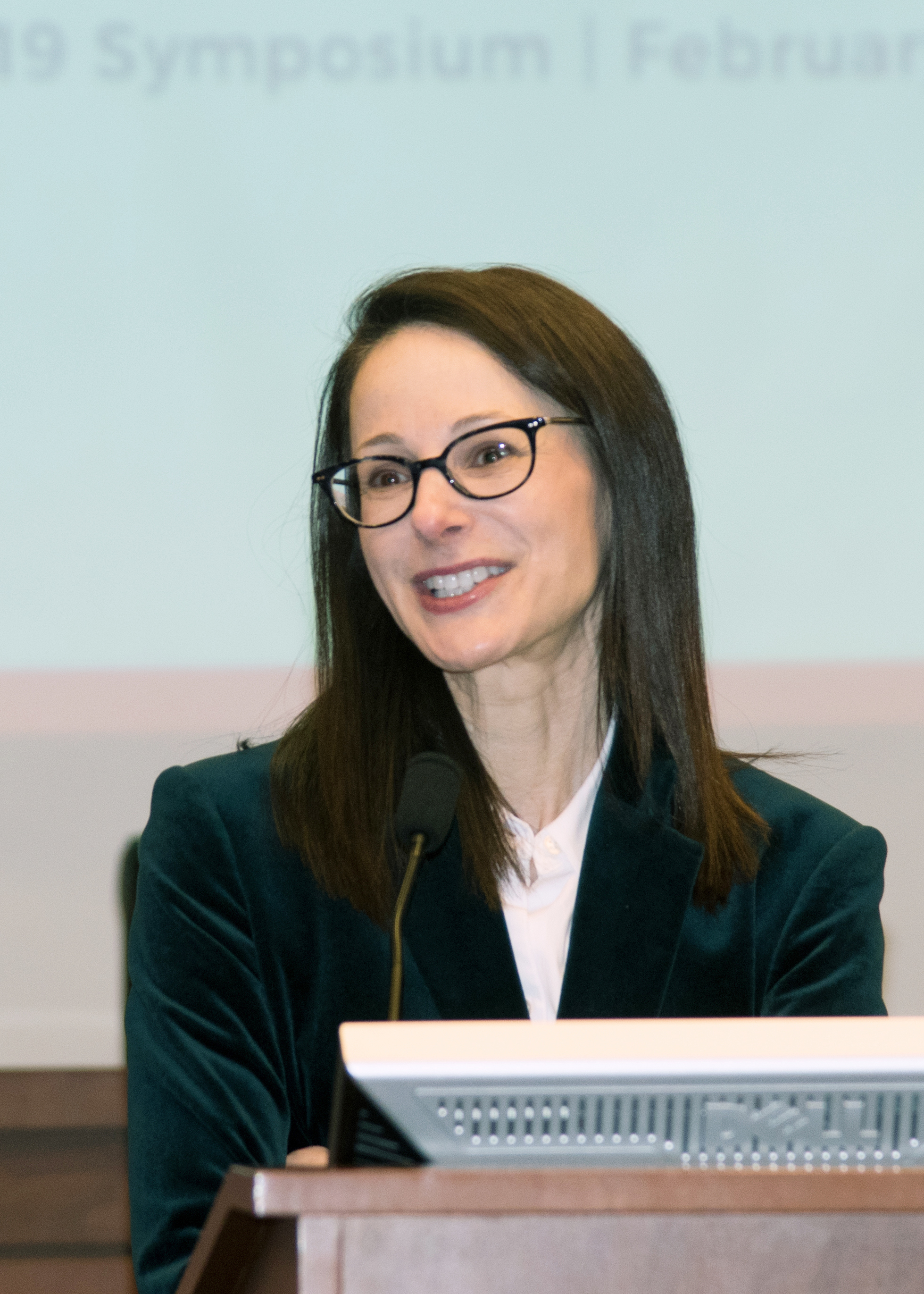