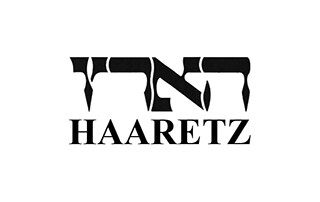 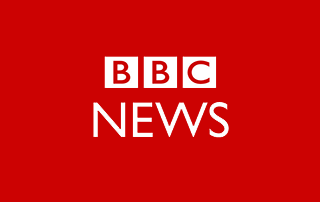 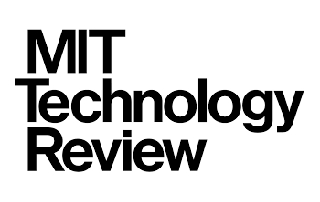 Data is the New Gold, But May Threaten Democracy and Dignity
Counsil of Foreign Relations (Jan 5, 2023)

Should You Delete Your Period-Tracking App to Protect Your Privacy?
Health (July 5, 2022)

People Searching for Abortion Online Must Wade Through Misinformation
The Washington Post (July 4, 2022)

Why People Are Deleting Period Tracker Apps, And How to Do It Right
HuffPost (Jun 27, 2022)

These Women Say One Man Terrorized Them Online for Years. Then, They Decided to Band Together
VICE (June 16, 2022)

Spotify Seeks Moderation Advice as It Amps Up Creator Content
The Verge (June 14, 2022)

A Big Question for Tech Companies Post-Roe: How to Respond to Law Enforcement Requests for Data?
CNN Business (June 8, 2022)

How Axon’s Plans for Taser Drones Blindsided Its AI Ethics Board
Protocol (June 3, 2022)

The Maker of Taser Stun Guns Wants to Put Them on Drones To Stop School Shootings
NBC News (June 2, 2022)

Your Period-Tracking Data Isn’t Safe If Abortion Is Outlawed
Press Play with Madeleine Brand (May 9, 2022)

Quoted, How Personal Data Could Be Used to Enforce Anti-Abortion Laws
CNN (May 5, 2022)

Quoted, Jessica Gyunn, Talking About Abortion Online in Texas? What You Say on Facebook or Twitter Could Hurt You
USA Today (September 8, 2021)

Quoted, Facebook and Trump Are at a Turning Point in Their Long, Tortured Relationship,
Washington Post (May 4, 2021)

The Technology 202: Trump is considering building his own social network. But it might not get him what he wants.
Washington Post (Jan 11, 2021)

Quoted: What Happened to the Deepfake Threat to the Election?
Wired (Nov 16, 2020)

A new social-media platform wants to enforce “kindness.” Can that ever work?
MIT Technology Review (Oct 7, 2020)

Quoted, Donie O’Sullivan, She Has Been Falsely Accused of Starting a Pandemic
CNN (April 27, 2020)

The Law that Made Facebook What It Is Today
Associated Press (April 11, 2018)

Julia Angwin, How the Government Could Fix Facebook
Atlantic (April 8, 2018)

Scott Edwards and Steven Livingston, Fake News Is About to Get Far Worse,
Wash. Post (April 3, 2018)

Colin Lecher, What Happens When An Algorithm Cuts Your Health Care
The Verge (March 21, 2018)

Drew Harwell and Abha Bhattarai, Inside Amazon Go: The Camera-Filled Convenience Store that Watches Your Back
Wash. Post (Jan 22, 2018)

Luke O’Brien, The Making of An American Nazi
The Atlantic (Dec 2017)

Brooke Jarvis, How One Woman’s Digital Life Was Weaponized Against Her
Wired (Nov 14, 2017)

Quoted, Aja Romano, Most People Saw Law Vegas as a Tragedy, Propagandists Saw It as an Opportunity
Vox (Oct 5, 2017)

Quoted, When Government Rules By Software, Citizens Are Left In The Dark
Wired (Aug 17, 2017)

Quoted, Abby Ohlheiser, The Man Behind the Neo-Nazi Website The Daily Stormer Is Being Sued By One of His Trolling Targets
Washington Post (April 18, 2017)

Quoted, Elizabeth Dwoskin and Craig Timberg, Facebook Wanted Visceral Live Video, What It Got Was Suicides and Murder
Washington Post, at A9 (April 18, 2017)

Interviewed, Why is the Internet So Toxic for Women?
Wisconsin Public Radio’s To the Best of Our Knowledge (March 19, 2017)

Quoted, Kelyn Soon, The Disgusting Stuff Female Athletes Hear on Social Media and How They are Fighting Back
Excelle Sports (Jan 9, 2017)

Quoted, Jessica Contrera, There Is No Good Way To Deal With Trolls So You Might As Well Tell Their Moms
Washington Post (Jan 5, 2017)

Quoted, Anne Branigin, “Some Pervert Cyberflashed Me On The Subway—And I Have My iPhone To Thank”
Fusion (Nov 20, 2016)

Michelle Quinn, It’s Time for Twitter to Clean Itself Up
The Mercury News (San Francisco) (June  28, 2016)

Jessica Wong, “We Haven’t Quite Got the Formula Down to Fight Bad Behavior on Social Media”
CBC News (July 24, 2016)

Katharine Viner, “How Technology Disrupted the Truth”
The Guardian (July 12, 2016)

Kaveh Wadell, “How Should Sextortion Be Punished”
The Atlantic (May 11, 2016)

Daniel Rivero, How One Woman’s Murder Led to the Most Important Cyberstalking Verdict in Years
Fusion (March 4, 2016)

Andrea Peterson, The Case for Looking to the States, and Not the Federal Government, to Protect Privacy
Washington Post (Jan 21, 2016)

Lauren Kirchner, When Discrimination Is Baked Into the Algorithms
The Atlantic (Sep 6, 2015)

Kashmir Hill, Hulk Hogan is Fighting for the Privacy of the World’s Sex Tapes
Fusion (June 16, 2015)

Davey Alba, No Matter What Reddit Does, It Is Going to Alienate People
Wired (June 16, 2015)

Sarah Kessler, Why Online Harassment is Still Ruining Lives and How We Can Stop It
Fast Company (June 3, 2015)

Feminists at Mary Washington Say They Were Threatened on Yik Yak
Washington Post, May 6, 2015

Erin Anderseen, Why We Can’t Let the Conversation About Sexual Violence Fade Away
The Globe and Mail (Dec 11, 2014)

Marlisse Silver Sweeney, What the Law Can (and Can’t) Do About Online Harassment
The Atlantic (Nov 12, 2014)

Davey Alba, The Future of Anonymity on the Internet Is In Facebook Rooms
Wired, Oct 27, 2014

Jake Swearingen, The Imminent Death of the Internet Troll
The Atlantic (Oct 22, 2014)

Caitlin Dewey, Why Is It Taking So Long To Identify the Gamergate Trolls?
Washington Post (Oct 17, 2014)

Amanda Hess, Victims Of Online Crimes Are Finally Getting Justice, As Long As They Are Rich And Famous
Slate (Oct 10, 2014)

Drake Bennett, Who Should Be Unmasked on the Internet
Business Week (Oct 6, 2014)

Caitlin Dewey, A British Troll Was Jailed for His Tweets
Washington Post (Oct 1, 2014)

Rebecca Koenig, What You Need to Know About Yik Yak, An App Causing Trouble on Campuses
Chronicle of Higher Education (Sep 26, 2014)

Michelle Dean, What If Online Harassment Was a Crime? Q and A with Danielle Citron
Gawker (Sep 23, 2014)

Interview with Tim Lee, One Scholar Thinks the Online Harassment of Women Is A Civil Rights Issue
Vox (Sep 22, 2014)

Interview with Soraya Chemaly, Hate Crimes in Cyberspace: Danielle Citron Explains that Everyone Is At Risk, From Powerful Celebrities to Everyday People
Salon (Sep 2, 2014)

Heather Wood Rudulph, Can Celebrities Really Do Anything About Their Leaked Nude Photos?
Cosmopolitan (Sep 2, 2014)

Alex Fitzpatrick, Here’s How Celebs Can Get Their Naked Photos Taken Down
Time (Sep 2, 2014)

Jessica Valenti, Free Speech is a Bad Excuse for Rape and Death Threats
The Guardian.com (June 18, 2014)

Kashmir Hill, Supreme Court to Decide When Online Threats Should Send You to Jail
Forbes.com (June 16, 2014)

Jacob Gershman, The Right to Be Forgotten Is A Foreign Concept In the United States
Wall Street Journal (blog) (May 15, 2014)

Katie Van Syckle, How Cyber Bullying Is Making Sexual Assault on Campus Even Worse
Cosmopolitan (May 2014)

Unwilling Amateur: My friend may have uploaded a sex video of his ex. Should I tell her?
Slate.com column Dear Prudence (Oct 3, 2013)